So let me tell you the story of how Github achievements came about.
Last year, which is 2021, NASA together with Jet Propulsion Lab (JPL) launched the first Mars helicopter into the Martian atmosphere. The helicopter was built using open-source software so Github decided to place badges on the profile of every developer who contributed to the specific versions of any open source projects and libraries used by Ingenuity, the helicopter. In order to recognise the work of these developers, Github achievements was born. 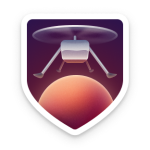 The image above shows the first-ever Github achievement badge ever created.
It was really exciting to see some developers with these badges, just seeing a developer with any of these badges meant he ever contributed to something great. Like a veteran. Two other badges were released together with this badge. The “Artic Code Vault” badge and a badge for people who sponsor open-source works via Github sponsors.

The new Github Achievements and why I hate it

Just two days ago, Github rolled out a beta-version of their achievements section and it really sucks. It gives out badges unecessarily.

These are the new badges which were introduced by Github.

The idea of Github introducing a new set of badges is great but how the badges are distributed or given is very bad.
Let’s start with the first badge.

The facts that these badges can be awarded to you by yourself makes the whole point of achievements worthless. What’s the achievement in awarding yourself something??
With this, almost every developer is going to have these badges, nothing makes them unique no more. I have seen a handful of developers getting these badges and it’s really sad to see that most of them just made some commits in their own repositories and received this badge. “The rarer, the better”. Something is worth fighting for once it is really hard to get or difficult to earn.

What I suggest is that, Github should retake another strategy as to how they award their achievements.